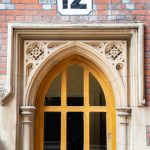 For over 20 years David’s practice has spanned virtually all areas of criminal law. During this period, he has gained extensive experience having defended in cases of murder, serious violence, kidnap, false imprisonment, robbery, firearms, serious sexual offences, large scale drugs importations, human trafficking, child-cruelty and other organised crime. He is a specialist in fraud and money laundering including the proceeds of crime, confiscation and civil forfeiture. He has appeared in a number of complex, high profile and sensitive cases and has on a number of occasions been instructed as leading junior counsel. He is often instructed to review and advise on appellate work and to conduct cases in the Court of Appeal.

Advises and appears in judicial review applications arising out of criminal proceedings acting primarily for claimants.

David has experience of defending in prosecutions arising out of a variety of regulatory regimes. He has represented clients in connection with cases arising from infractions of the Town and Country Planning Act and the Environmental Protection Act.

Experience of advice and representation of both solicitors and barristers facing accusations of professional misconduct and involved in disciplinary proceedings before their professional regulator.

David’s interests outside the law include politics, property development, travel and theology.
He is a lay preacher, trustee of KICC, a UK based Christian charity and patron of the Foundation for Leadership Excellence (FLEX) a UK based charity.

Successful Cases in The Court of Appeal & Observations

In the successful appeals of;

David is a robust and fearless advocate who is well-known for the very high quality of his written and oral advice and advocacy. As a defender of human rights and fundamental freedoms he is passionate about fairness and is methodical and meticulous in the preparation and delivery of his cases. A truly first rate advocate.

Other Successful Cases in The Court of Appeal:

Notable Cases in The Crown Court: