You are here: Home / News / Success for Mansoor Fazli in the First-Tier Tribunal 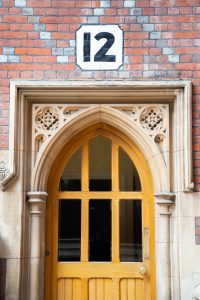 On 5th August 2021, Mr Fazli appeared on behalf of a Nigerian Academic in his appeal before the First-Tier Tribunal on the basis of his claimed retained rights of residence under Regulation 10 of the 2016 Regulations. The brief facts of the case are as follows:

The previous immigration Tribunal in 2016 found that the Appellant’s marriage whilst valid in Nigeria was not a recognise one for the purposes of the Regulations given that it was entered into by proxy in Nigeria and there was no evidence from Slovakia (where his EEA ex-spouse originates from) demonstrating that this marriage was recognised in Slovakia as per Kareem (Proxy marriages – EU law) [2014] UKUT 00024 (IAC). The Appellant was then granted an EEA residence card on the basis of durable partnership with his EEA partner.

Five years later, the Respondent refused the Appellant’s application for a permanent residence card on the basis that retained rights of residence cannot be triggered on the grounds that – as the Judge had found – there was no valid marriage for the purposes of the EEA Regulations between the Appellant and his ex-spouse and that the previous Tribunal had only allowed the appeal on the basis of durable partnership.

Mr Fazli successfully argued that the 2016 Tribunal erred in its interpretation and understanding of the principles in Kareem (Proxy marriages – EU law) [2014] UKUT 00024 (IAC), in particular (contrary to the observations of the learned Judge) there was no requirement for the Appellant to provide any evidence that the proxy marriage would be valid in Slovakia as there was no doubt as to the validity of the proxy marriage in Nigeria and this was accepted by the learned Judge in 2016

First-tier Tribunal Judge Cartin agreed with Mr Fazli’s submissions and allowed the appeal on the spot.