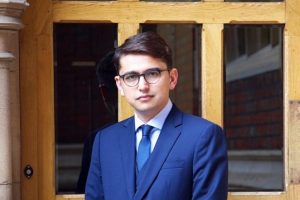 Mansoor practises in immigration, family, employment, civil litigation, education, professional discipline and regulatory law. He is a specialist public law & human rights Barrister, with a particular focus on all areas of immigration, nationality and asylum law.

He regularly appears in both the First-tier Tribunal and the Upper Tribunal on a range of immigration and asylum law matters. He regularly conducts oral and written advocacy in judicial review matters both before the Upper Tribunal and the Administrative Court, including in cases concerning deportation and urgent injunctions. Mansoor has appeared in Family Courts and in the County Courts in civil matters. He is keen to grow his practise in these areas.

He is known for his creative and imaginative style of written and oral advocacy, which is tempered only by his passion for social justice, the rule of law and human rights. Mansoor is often able to secure permissions in dismissed asylum and human rights appeals because of his distinct perspective and forensic attention to factual as well as legal issues. Mansoor was privileged to undertake pupillage under the supervision of the highly regarded senior retired Upper Tribunal Judge McKee, which has equipped him with exceptional training, experience and knowledge within the immigration and public law jurisdictions.

Prior to practising as a Barrister, Mansoor acquired several years of experience, which included the following: Mansoor worked as an intern at the House of Lords and subsequently worked for Forward Thinking, a conflict resolution NGO, which works ‘‘to promote a more inclusive peace process in the Middle East’’ and to ‘‘facilitate political dialogues in, and between, the Arab/Muslim and Western worlds’’ through mediation. In addition, Mansoor spent three years as a paralegal at various law firms where he assisted within immigration, family and civil litigation matters.