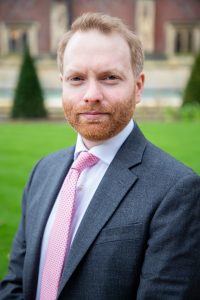 Michael has a broad common law practice, with a focus on medium to high value civil litigation, serious crime (defence) and public law (including all areas of human rights and immigration law).

Michael joined Chambers as a tenant in April 2011. He takes instructions in all areas of Chambers’ work, including employment and family law; and regularly appears in the High Court and Crown Court;  in claims on the Multi-track and Fast Track; and in all tribunals and courts dealing with immigration law. He has developed a reputation for fierce advocacy; quickly getting to grips with the issues in complex cases; consummate dedication to his client’s interests; and for finding solutions to what at first sight seem insoluble legal problems.

Michael believes that at the modern bar counsel should take a pro-active approach to any given case, and he is happy to go the extra mile for his client where that is necessary. As part of that philosophy, Mr. Biggs will always insist on early involvement in a case where that is practicable.

The above qualities help explain Mr. Biggs’ high success rate, both in court and in generating beneficial out of court settlements; as well as his successful drafting and advisory practice.

Mr. Biggs appeared for the claimant. The court allowed the claimant’s application for judicial review, holding that it was “wholly unreasonable” for an entry clearance officer to rely upon a sample document to found an allegation of forgery, when no steps to check the authenticity of the impugned document with the organisation that issued it had been taken.

The court also approved a concession by the SSHD that dishonesty on the part of the applicant was required for paragraph 320(7B) of the Immigration Rules (automatic refusal of application) to apply with respect to the use of false documents in an immigration application.

This case concerns (1) the circumstances in which the court will intervene to protect a solicitors’ interest in an inter-parties cost order in civil litigation; and (2) the effect of a firm giving notice to the paying party not to pay a litigant directly, when a payment is made in disregard of that notice. On appeal to the Hight Court from Master Campbell’s judgment in the Senior Courts Costs Office ([2012] EWHC 90220 (Costs)) MacKay J essentially overruled Ross v. Buxton (1889) 42 Ch. D which provided that notice of a solicitor’s equitable “lien” over the fruits of litigation meant that a firm could recover the sum paid in disregard of the notice to the litigant directly from the paying party. The Court of Appeal has now granted permission to appeal.
The Court of Appeal quashed the Upper Tribunal determination in Ara (successful appeal – no entry clearance) Bangladesh [2011] UKUT 376 (read the judgment here), allowing Ms. Ara’s appeal, after the defendant conceded the case in open court.
The SSHD and the court agreed with Mr. Biggs’ argument that the case should be resolved in favour of the appellant by the application of the principles approved and applied in SSHD v. TB (Jamaica) [2008] EWCA Civ 977.
The court also ordered that the findings made by IJ Morgan in the earlier First-tier Tribunal determination were binding on the Entry Clearance Officer. The statement of reasons and consent order in this important case are being circulated and can be found here.